Many beauties of the Alps, and

Today was dominated by the sound of helicopters - primarily helicopters engaged in construction work, lifting large chunks of new ski lifts into position onto their concrete slabs. There were a handful, too, taking super-rich tourists on heli-tours over the glaciers on the Eiger, Monch and Jungfrau (the grubby one shown here is on the flank of the Eiger). I know that they always look less than sparkling in summer, and have streams melting away from under them, but at the same time I kept thinking about Ruskin's love for the Alps and his stressed fears that they were suffering under the effects of the c19th version of global warming - industry in the valleys.

But I exaggerate somewhat - not entirely - about the helicopters, because it was quite wonderful hiking all the way down from Kleine Scheidegg. And there, in the village itself, in the early morning faint sun, under the Swiss flags and bunting, gleaming faintly, is, indeed, a volleyball net. Beach volleyball (up a mountain), but still ... a reminder of how we've done our best to watch all the US women's volleyball Olympic matches in a variety of languages on this trip, only to feel total dismay at the Defeat by Brazil. 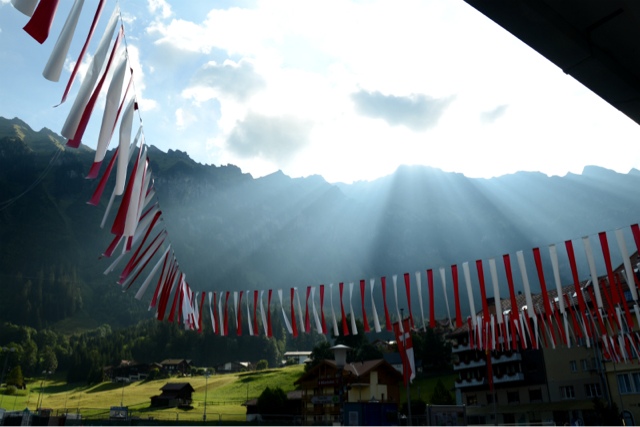 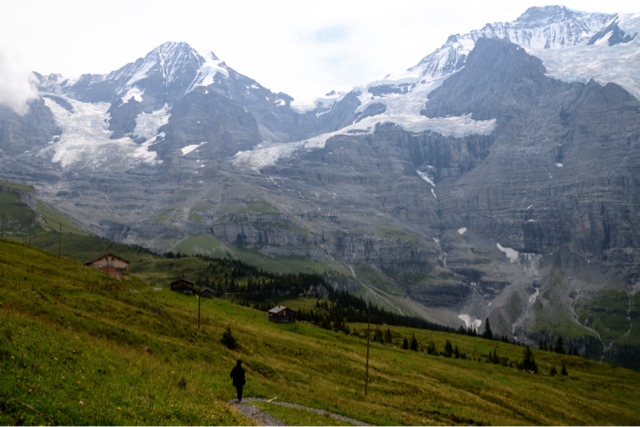 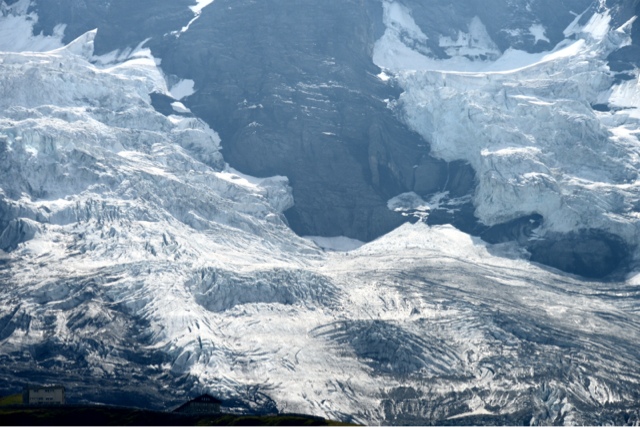 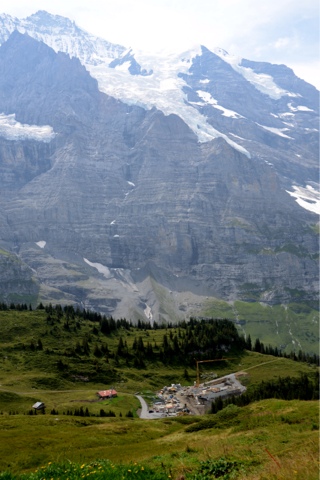