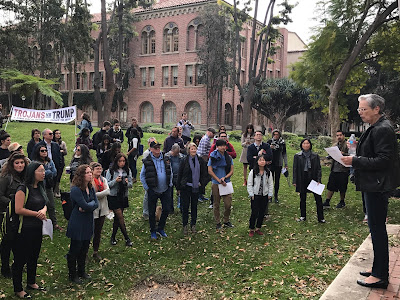 Trojans vs Trump has a pleasing alliteration to it - a good banner to have at our Solidarity Rally, organized by faculty, addressed by faculty, to assure students and others that we stand with them on immigration issues in particular, but in general against all forms of hate speech, macro and micro aggressions, and so on.  Here's Tania Modleski, kicking us off, and the numbers grew - it would have been wonderful to have had thousands, but those who were here heard a stirring set of short speeches and readings (I read part of an Adrienne Rich poem, and started off by saying that I'm a documented immigrant deeply aware of the privilege I bear by virtue of my skin color).  And as Michael Moore is saying on TV as I type: many of us are saying that this is going to be bad, very bad (and when did he stop wearing a Rutgers baseball cap?  I miss that ...). 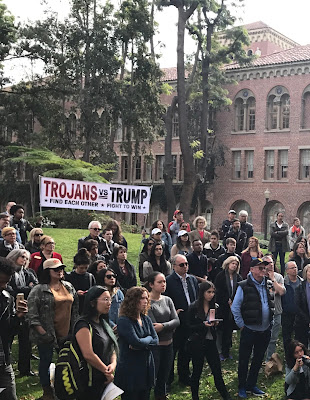 A close-up of the banner, more crowd - and below, a participating dog, with matching socks on its human. 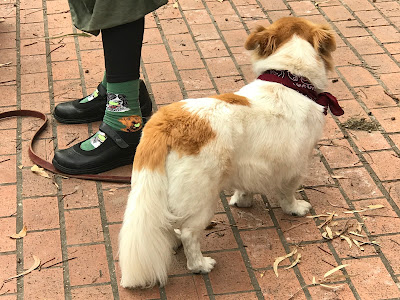