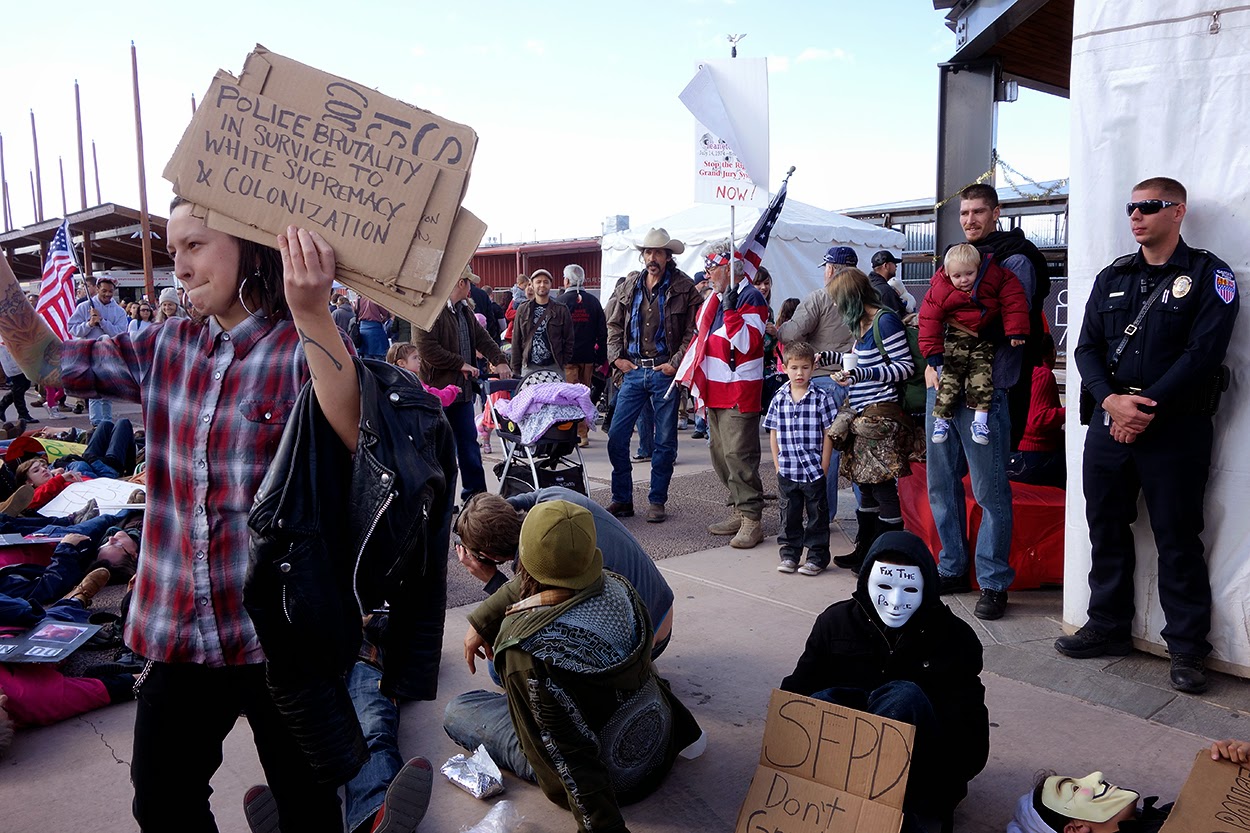 Today's I Can't Breathe protest in Santa Fe's railyard was more than a little surreal, since it was in hot competition for space with a childrens' Christmas festival - long lines of parents with children waiting to have their photographs taken with Santa; face-painting; a toy train giving rides - and a die-in offered rather more bodies to step over than some of these people had anticipated.  And that's before you get to the regular farmers' market crowd, buying chile pepper wreaths and goats milk soap and anemic looking carrots and green chile pizza and raspberry chile jam and tamales and green chile mustard.

I struck up an ill advised and bad tempered conversation - argument? - with a bad tempered woman who complained that we were Spoiling Christmas.  I suggested that it had already been spoiled for the Garner and Brown and other families.  Well! she said - they shouldn't have been fighting with policemen.  And this here was wrong, in front of children ... So ... is a twelve year old not a child? another woman asked.  And so it went ... it was like finding oneself in the middle of the worst kind of talk radio.  And then everyone stood up again, and drifted off, under the eyes of five cars worth of police men who were doing their best to not seem like policemen, and I headed off to buy my chile products.