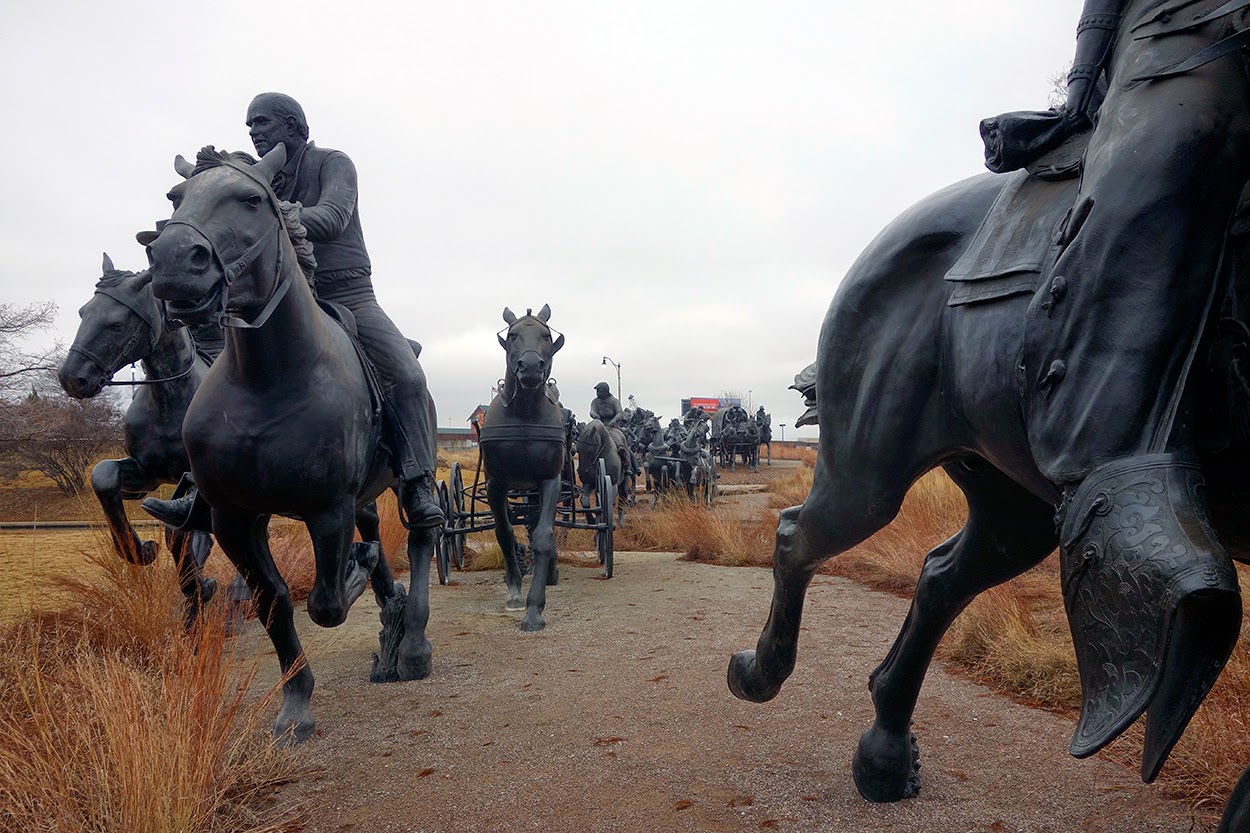 Just south of where we're staying - and just south of the Chesapeake arena - but before the river - is a canal, linking Bricktown (which tries to look like a resuscitated bit of the city, but really is just full of bars and restaurants for conference attendees and sports people) with the river (that would be the Canadian, or the Oklahoma River).   And by the side of the canal - indeed, crossing the canal - is what is one of the largest freestanding bronze sculptures in the world - some 365 feet long, when it's completed.  It's by Paul Moore, celebrating - "celebrating" - the 1889 Land Run, when President Benjamin Harrison opened up some 2 million acres of "unassigned" Indian territory to settlement.  So settlers rushed in, and grabbed.

Is this really something that should be celebrated?  There is, indeed, one lone Indian, standing at some distance from the spectacle of greed.  Of course, it's quite an impressive piece - here the settlers are charging towards an old grain elevator, which is now a climbing gym. 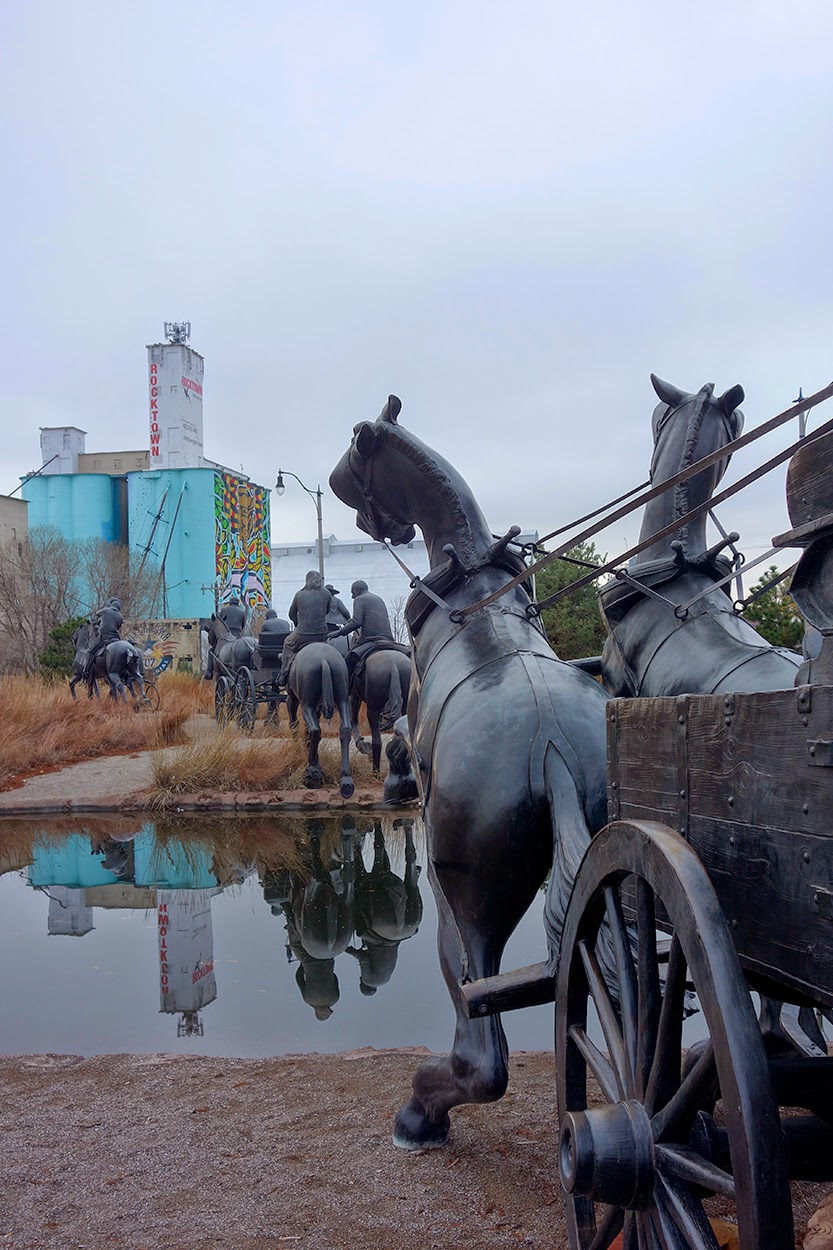 But I wish that I'd been here to see the alternative (and soon removed) installation in the summer of 2013, when artist Geoffrey Krawczyk scattered some 39 cast-iron skulls - some with simulated blood - over the site.  That seems to be far more faithfully in the spirit of the grey and desolate land. 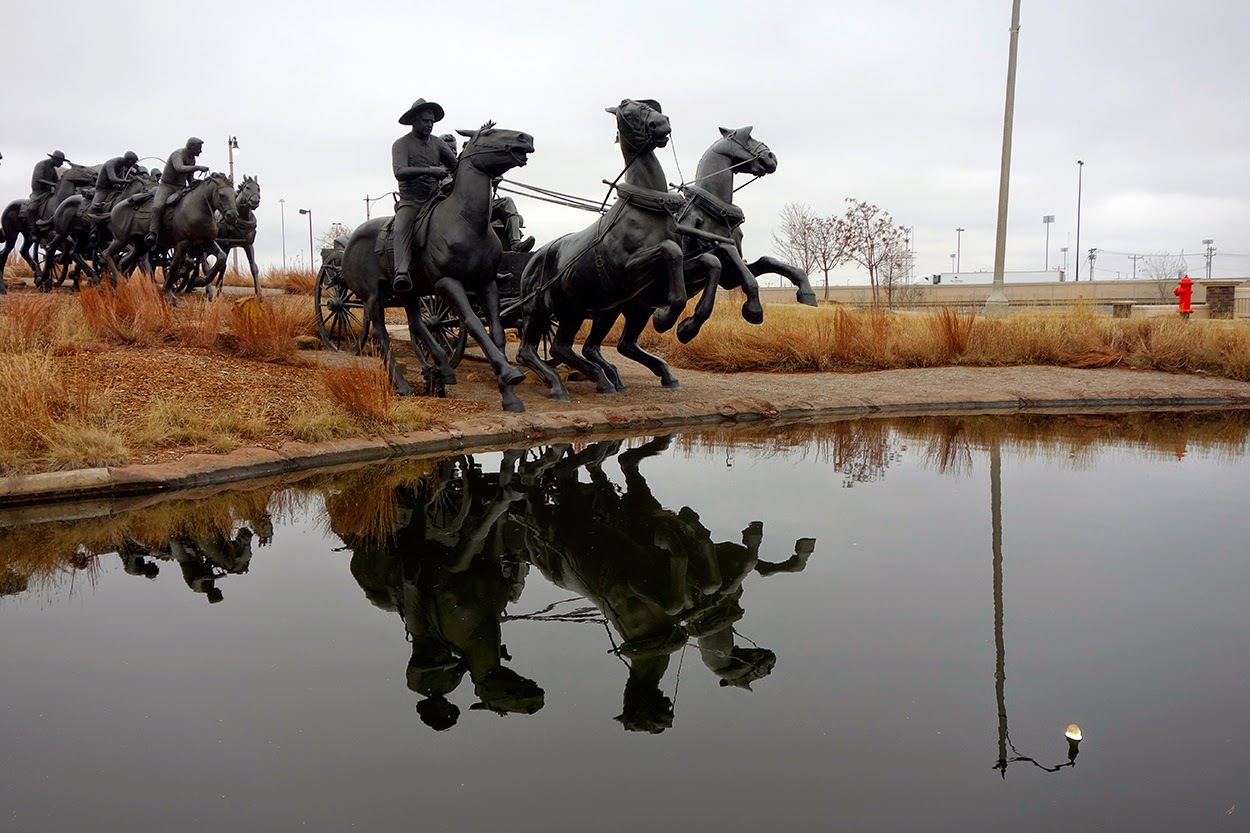