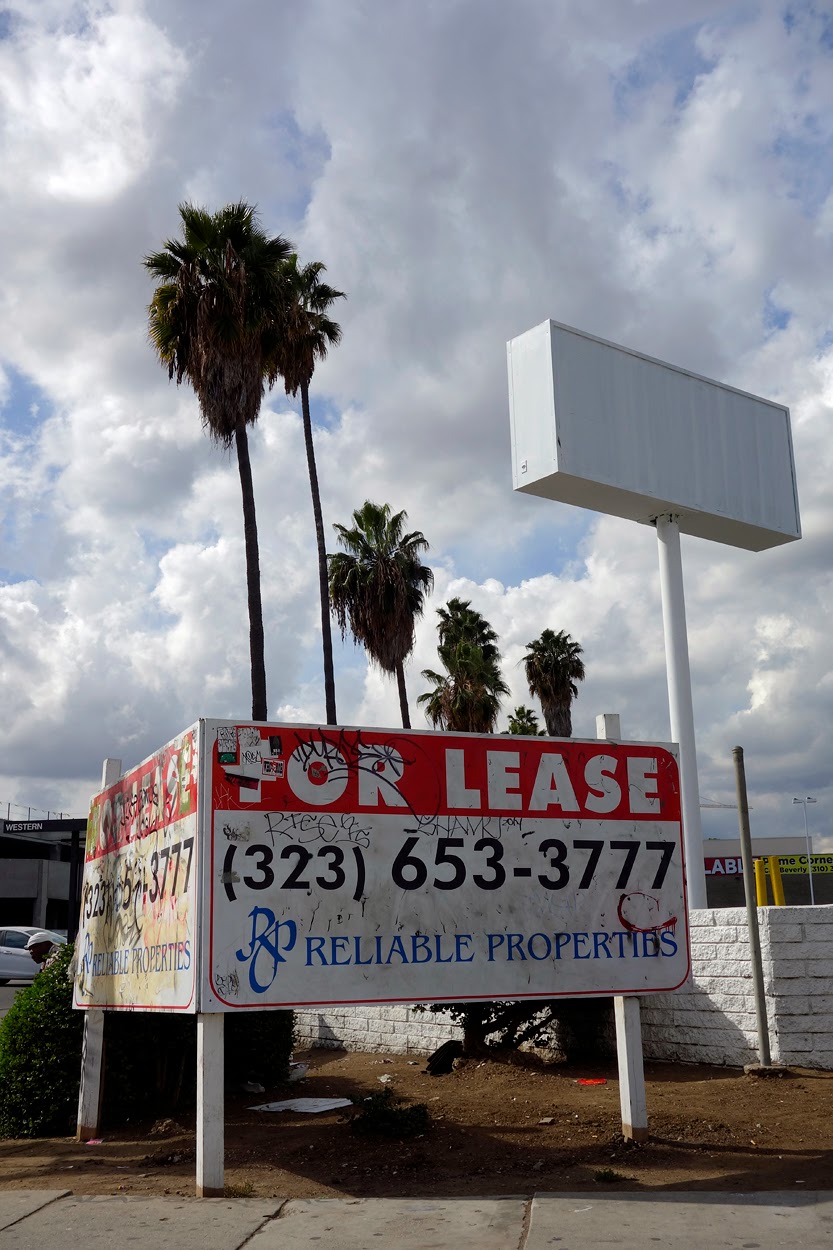 Apparently the big builders (and big buyers of apartments, once built) in Los Angeles at the moment are the Chinese, who are casting their eyes on sites in the rapidly developing downtown, and thinking that this is a more secure destination for their money than China itself.  This plot, or crumbing building, though - which isn't in downtown - more like Koreatown - doesn't look as though it's going going going any time soon.  But it does give a sense of today's mounting clouds - one of those days (rare recently) when one feels as though yes, one is on the Pacific Rim, and yes, perhaps China is over on the other side, out there.