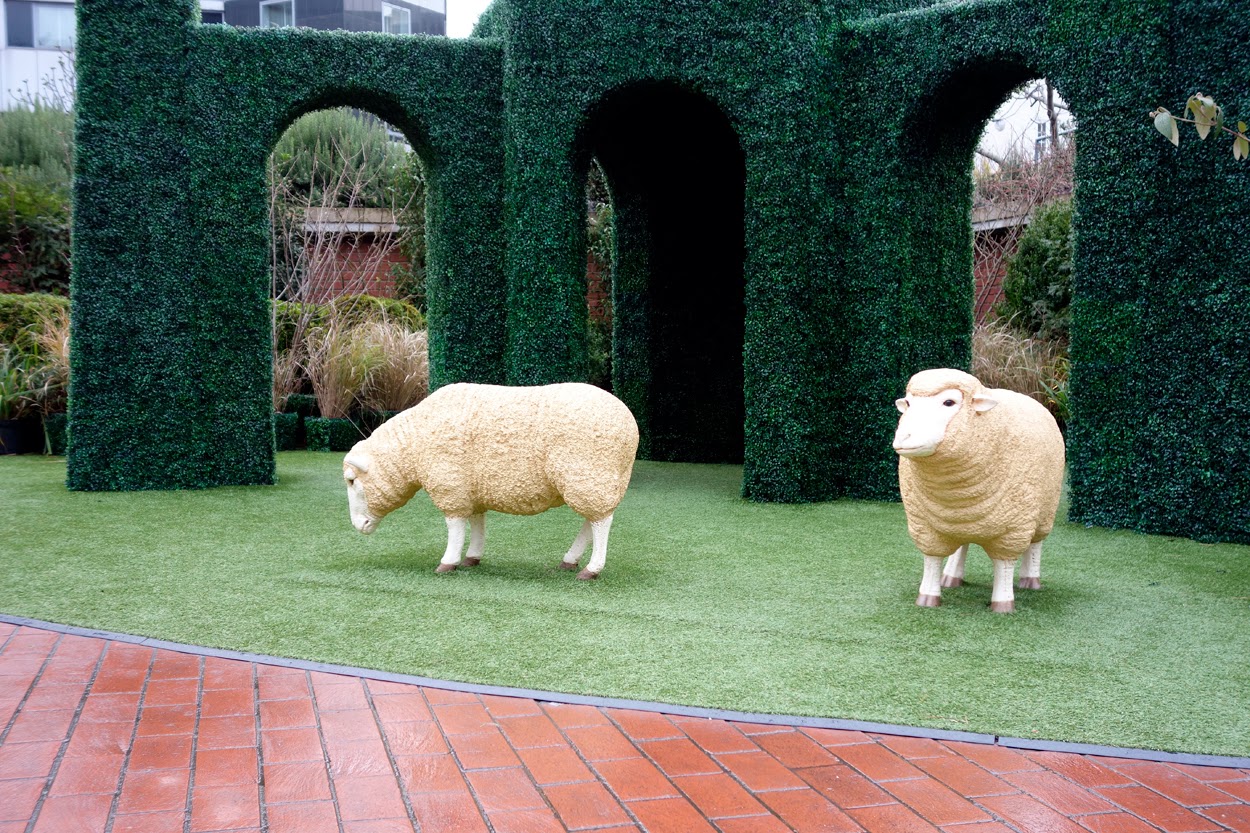 Here's an endearingly ludicrous installation in the British Library forecourt, offering a gloss, I guess, on the Georgian style exhibition.  I didn't go to that - too busy reading autobiographies by early C20th news photographers who had various anecdotes to tell about using flash ...  As you can see, it's damp, but not actually raining.  Depressing pictures of very widespread flooding in Somerset in the BBC TV evening news (from which animals, sheep included, have been rescued wholesale) - lightened, considerably, by the subtitles for the Hard of Hearing (e.g. my parents).  The local pilot of a helicopter flying in reporters opined of the Government that "they couldn't run a piss up in a brewery" - the captions, alas, read "couldn't run anything."  On the other hand, a little later, when someone said that they were "pissed off," this was transmuted into "a piece of."  I guess they had their fingers burnt the other night, when they miscaptioned - alas, I only saw a screen shot that was posted to FB - the Chinese "Year of the Horse" as the "Year of the Whores."