pantry moths [trigger warning: probably only suitable for small children with an interest in bugs] 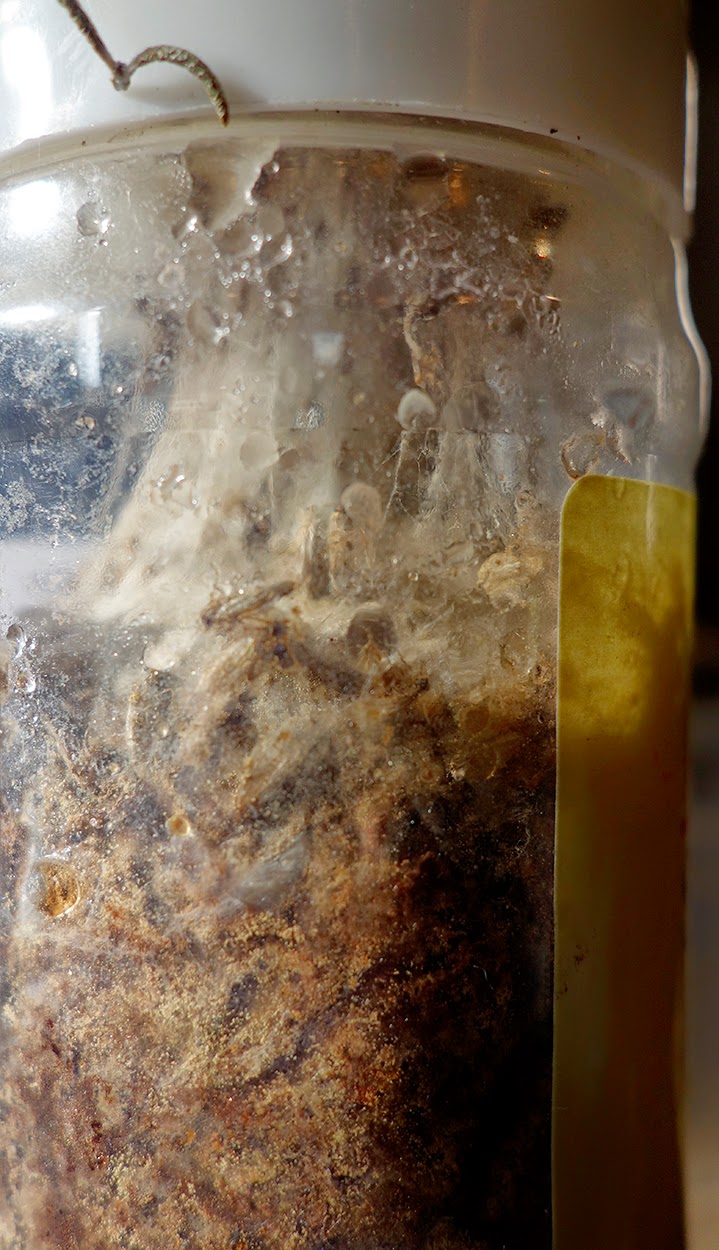 We've been plagued for over a year by pantry moths.  Every time we think that we've got them under control - indeed, that we've won - there's a new breakout.  So we have to find out where they're nesting and hatching this time (by now, not easy, since everything's in bottles and bags) - and start over.  I thought that I'd scored a major triumph a few months back when I located a jar of very tasty smoked paprika that was wriggling around.  The last few days - there have been a few flutterings in the kitchen, so Alice went in on the war path and found, oh horrors, this entire jar of sesame seeds that had been turned into a pantry moth breeding unit.  It reminds me of the educational exercise in junior school that involved putting earth and earthworms into a jam jar, and then putting that into a dark space for a while, and then taking it out and admiring all the little wormy pathways that they'd dug.  But really, aerated soil is a whole lot more preferable than all the larvae cocoons that had been spun in this particular container.