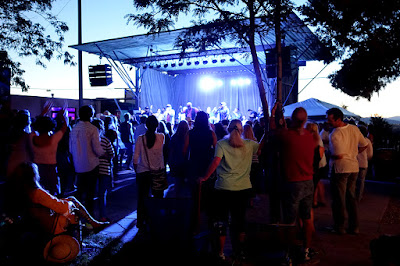 Tonight, to hear Los Van Van at the Santa Fe Brewing Company - Los Van Van are probably the best known post-revolution Cuban band (if you were thinking that's the Buena Vista Social Club - though that essentially was formed in the 1990s, it contained musicians who'd played at the Club back in the 40s, and played - and plays (I heard one of their incarnations in Havana last year) fairly traditional Cuban/Latino music).  Los Van Van are something else - Cuban music, much Afro-Cuban percussion, 60s rock (they've been going since the late 60s), disco, funk, salsa, songo, timba -absolutely distinct; great dance music; political lyrics (and I heard them having a discussion with people near the stage along the lines of "¿Estás a favor de Bernie ? ¿Y estás a favor de Hillary ? ¿Igualmente?")  All of this with the sun going down over New Mexico, excellent beer, and food from the Jamba Cafe truck - and a very mixed ethnicity/age crowd - it was a great small-town occasion. 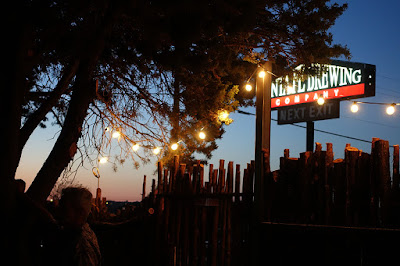 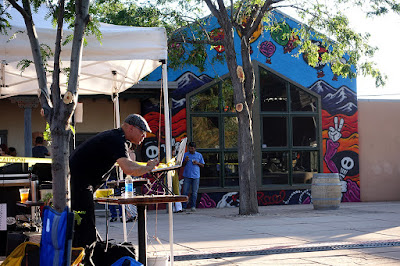