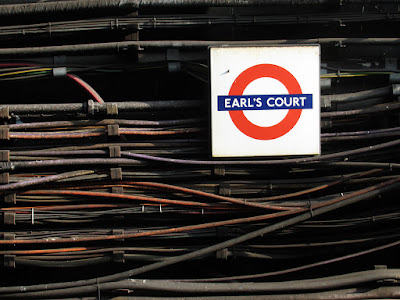 I had two alternative ways of coming home from school - by Tube, or by bus.  Both involved a change - from the Piccadilly line - or another District line branch - to the Wimbledon line of the District, at Earl's Court; or from the 220 bus to the 93, on Putney Bridge.  These days, I tend, when heading back to Wimbledon, to take the tube as far as Putney, and then catch that 93 bus - two chunks of nostalgia on one journey (and that way, I don't have to walk up Wimbledon Hill, either).
I end up rerunning memories every time I take this journey - for example of the time I was coming back from a school summer fair (yes, I fear it was 1967), with bare feet and, I'm embarrassed to recount, daisies between my toes.  That was Earl's Court - my strongest memory of Putney Bridge (other than endless bad weather - waiting for the bus in chill sideways rain) is an extraordinarily vivid one - but it's of a dream.  When I was - oh, fourteen or fifteen - I dreamed I was standing on Putney Bridge in a golden sunset, and down the river, slowly, flew a peacock, with its big tail streaming out behind it.  So what did that mean? 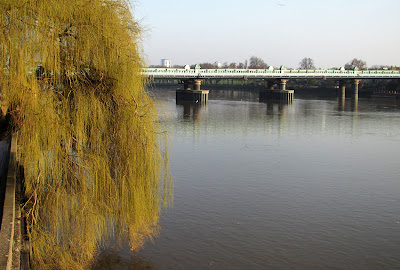