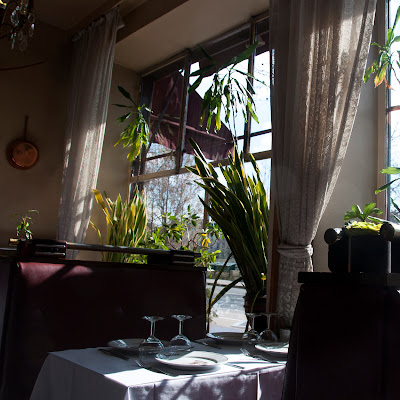 Ah, lunch ... and dinner ... Lunch at Le Trumilou, on the Quai de l'Hôtel de ville - where I've been eating for more decades than I dare think, and where, happily, nothing much has changed (dandelion salad, and some roast suckling pig and gratin dauphinois off the menu), apart from, alas, the absence of the large fat feline (presumably deceased a long time back), whom I always used to think of as the Trumilou Tabby.  And then, much later, dinner chez nous in the hotel - after extensive (but successful) research to find a cheese store open on a Monday - Marie-Anne Cantin, at 12 rue du Champ-de-Mars, next time you need such a thing.  Throw in a hunt for the hotel where Alice's mother and grandmother stayed in the late 20s, and the Eiffel Tower (seen from underneath, not above), and, given that there was paper-writing and admin  thrown into the mix, it was a pretty good day. 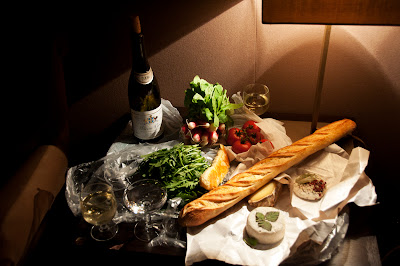