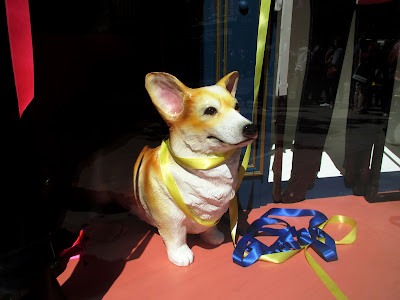 By now, a lot of the flags and bunting left over from the Jubilee Weekend have been taken down - those that are still there are (like the rest of us) very wet and bedraggled.  But there's still quite a lot of patriotic fervor tangling with the Olympic Rings (16 days to go, and they've called in the Armed Forces to help with security since the firm that was hired have problems finding enough people.  Or something.  I thought there were rather a lot of unemployed?  Or maybe they fear that it'll be like those poor people who were bussed into London to help with moving barriers, or something, for the Jubilee, and ended up sleeping under a bridge and without pay).

None the less, Selfridge's windows are still doing the British Cliche thing loud and strong.  The corgis! The picnics!  The pub scene! 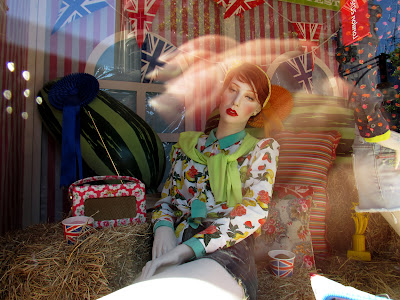 and perhaps my very favorite, this take-off on the trend for serving up market British Food. 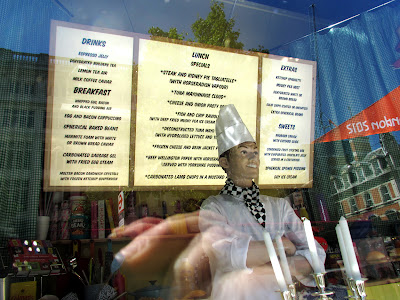 No, I don't know why the reflection of my hand kept showing up today.  Blame the rain.