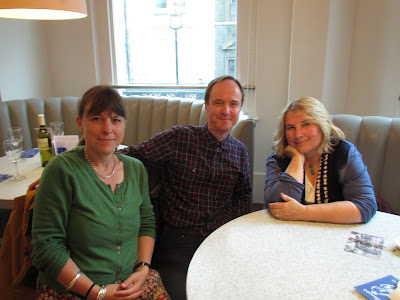 This is such a Family posting that everyone else might as well stop reading now.  OK, warning issued.  This was lunch at the branch of Carluccio's in Covent Garden - two of my three cousins (Gaynor and Jonathan) and Gaynor's husband Mike.  Peter - cousin #3 - is in the Dordogne, and we all hope that it's not as wet there as it is here.

The surreal aspect of this lunch is that Carluccio's is in the old Moss Bros building.  There's still a small evening clothes rental operation next door, which is one of the things that Moss Bros did back in the 60s.  But they also sold riding clothes, and saddlery, and it's where I would go to buy the kind of respectable riding clothes that one wore for shows and gymkhanas and stuff; and it's where I would go and drool and dream over the kind of saddle, say, that I would buy my horse if I owned one.  Only not did I not own a horse, but I never possessed the kind of slimline endless legs that look good in riding clothes.  Indeed, if I'm not mistaken, I'm here sitting on a banquette in just about the same place that, aged eleven or twelve, I came out of the changing rooms and announced, with heartfelt and deep despair, that I AM A FAILURE IN JODHPURS.  This is doubtless still true. 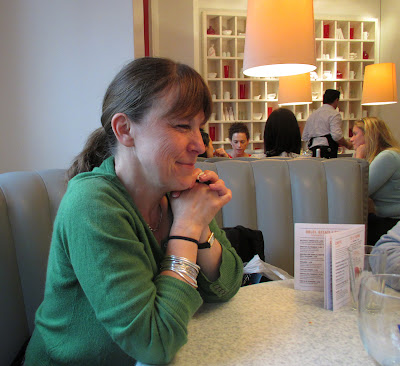 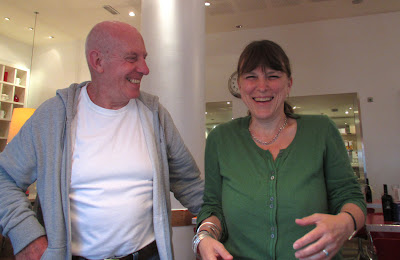 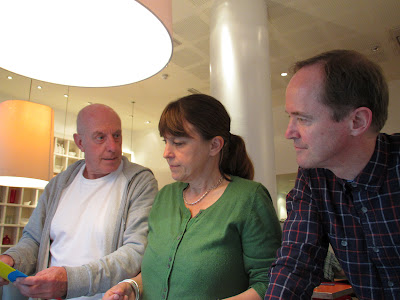