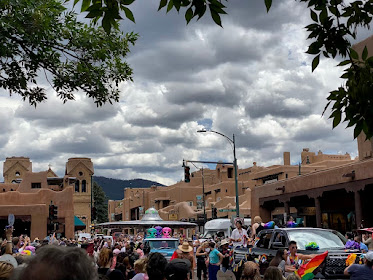 The rain managed to hold off until the Pride parade and brief rally was over, but you can see the clouds building up ... as the flying saucer rounded the corner into the Plaza [Aliens for Human Rights]. 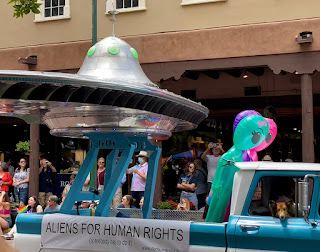 It managed - as one would expect - to be both celebratory (there were people marching this year - not just vehicles, as was the case last year) and angry.  The parade was led by New Mexico's Governor, Michelle Lujan Grisham (in her official Beast car) and our House Representative, Teresa Leger Fernandez - both (especially TLF, who is progressive about all the right things) wildly cheered: both of them went on to speak from the Plaza bandstand, and Lujan Grisham was especially impressive in expressing her, and New Mexico's, commitment to abortion rights.  It was an important day to show up and be there. 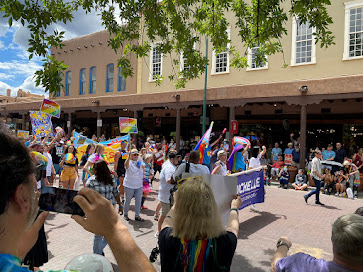 And there were the stilt walkers; 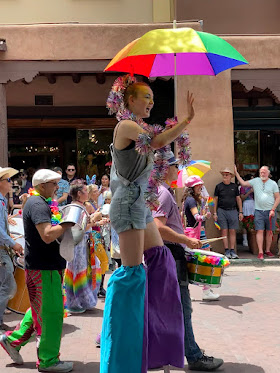 and rodeo riders (it's rodeo week in Santa Fe); 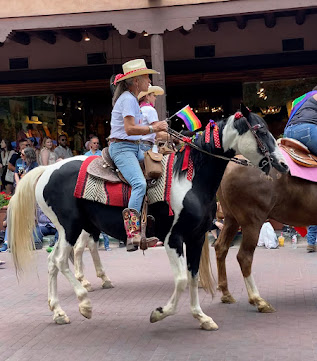 and fire trucks new and old; 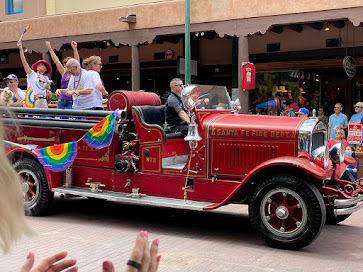 and even if Eldorado and District Democrats didn't quite manage a democratic donkey, I think this is a politically committed burro; 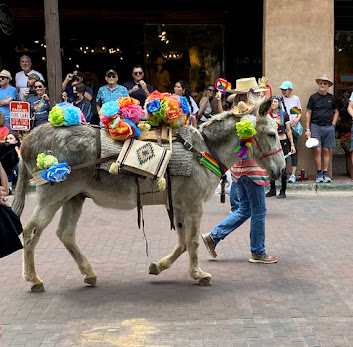 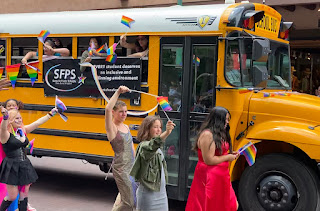 and there were lots and lots of dogs, both in the parade and watching. 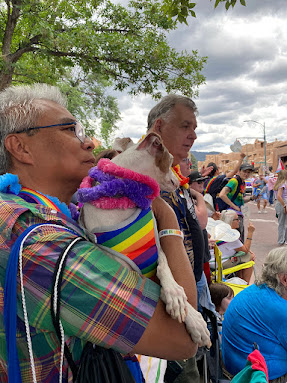