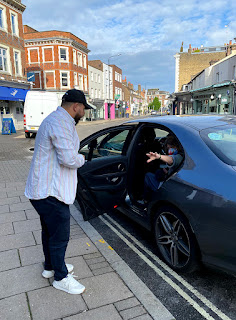 In which Alice waves goodbye, en route to LHR in an Uber; 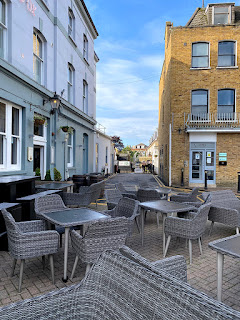 the view, in the other direction, of Wimbledon Village Stables - Hilcote, it used to be, in my time - with a horse being groomed behind its gates; 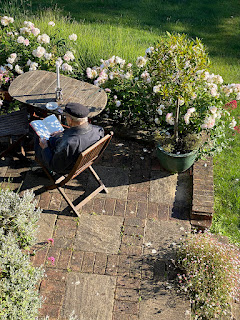 and then, at the other end of the day, my father smoking his pipe, drinking his beer, and reading his book in the still somewhat chilly garden.  You can tell this from the fact that he's wearing an old navy mac, and what Alice calls his John Lennon cap. 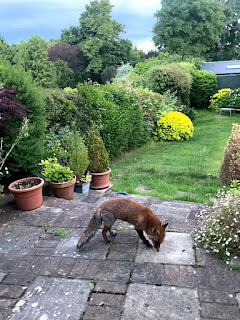 And then, Foxy #3.  I felt bad that there wasn't more supper left for him - Foxy #1 and Foxy #2 got there first, and maybe needed it more, since they are rather too skinny and mangey.  My father feeds them nightly - left-overs, supplemented with canned dog food.  So the menu tonight was fish pie (him), vegetable curry (me), stale pita bread, and Pedigree Chum.  It disappeared very fast indeed - Foxies 1 & 2 had a squabble over it.  You won't be surprised to hear that the pita bread was the last to go.
Posted by Kate at 3:16 PM